Viola and Sebastian in this production are from India, shipwrecked to Illyria, which takes the form of nineteenth century England. The staging was beautiful; I hadn’t seen that variety of backgrounds used at the theatre before, and each really brought the nineteenth century world to life. Orsino’s first words, said as he lounges, Oscar Wilde-like, on the stage, really sets the scene for the play to come.

And the costumes! Lavish would certainly be a word to describe this production: from Viola’s disguise as Cesario to Olivia’s gowns, to Sir Andrew’s knee-high golf socks… Everything just helped to immerse you, lavishly, into the nineteenth century world this production has set itself in. 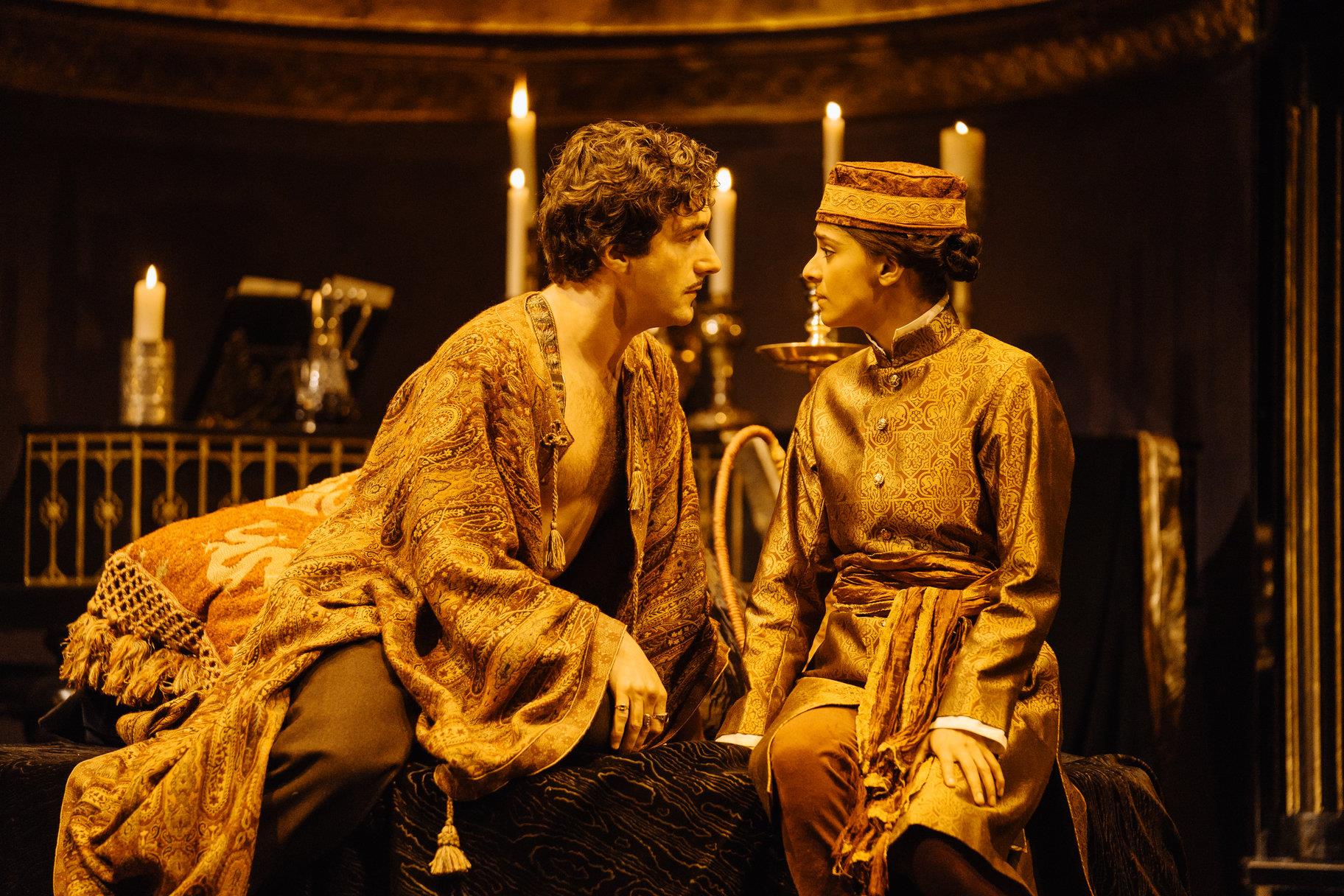 Particular highlights for me were Viola, Sir Andrew, Malvolio, and Feste – with honourable mentions to Sir Toby, Maria, and Festa also! Dinita Gohil was a wonderful Viola; her passion and her expressions really brought us along with Viola’s journey as she falls for Orsino (albiet a plotline that Shakespeare would have done well to develop further!). Her kiss with Orsino in the first half was a lovely touch that I think helped to really establish her feelings beyond Shakespeare’s lines for her. Feste, played by Beruce Khan, was another delight. The energy radiated off him as he came on stage and played the fool, be it with jokes, wordplay, singing, or dancing around the fireplace with Sir Toby and Sir Andrew. 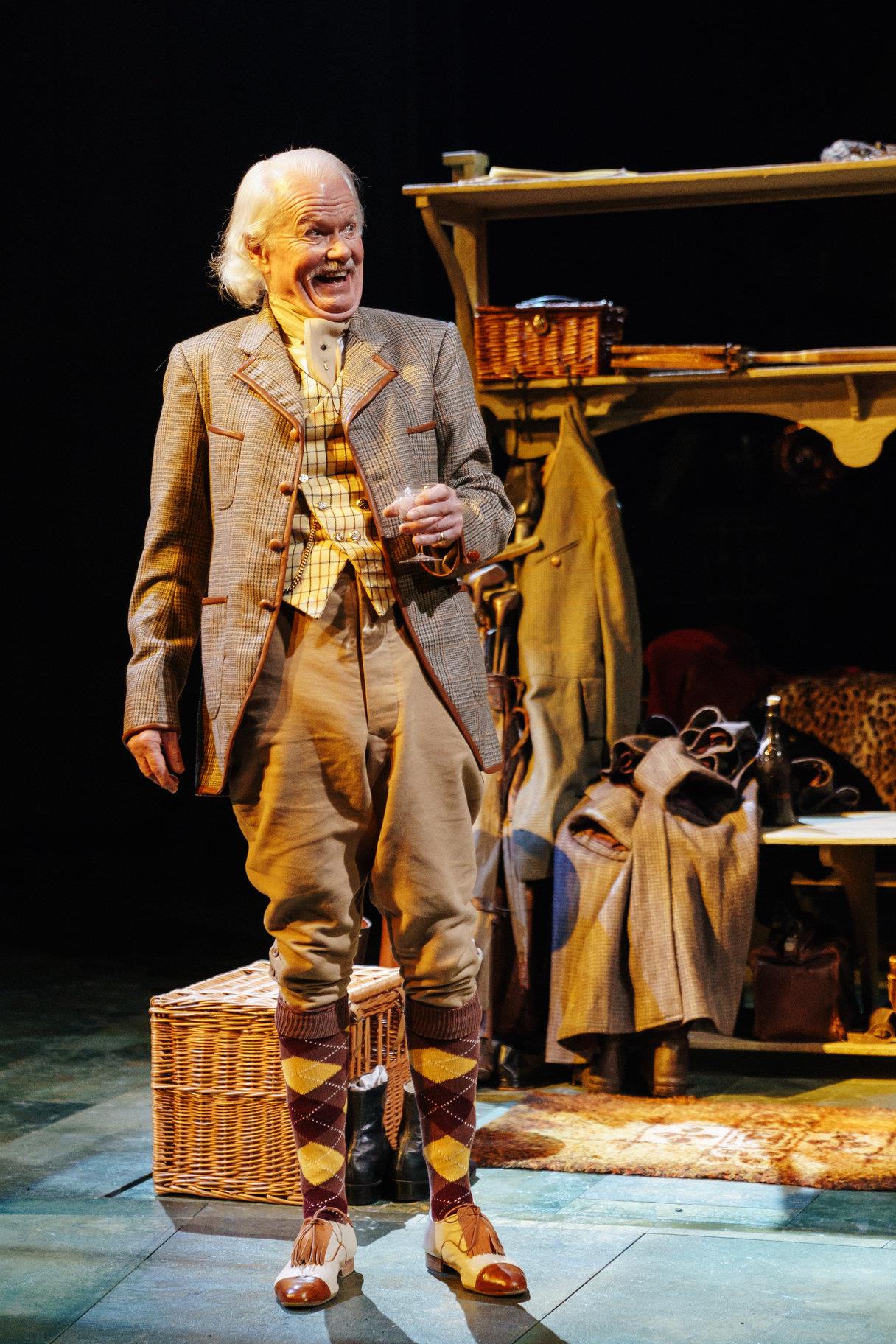 And Sir Andrew! Michael Cochrane gave what I can only describe as the best performance of this character I’ve yet seen. Too often is Sir Andrew just played as a gibbering fool – but Cochrane plays the comedy, the foolishness, the drunkenness, as well as Sir Andrew’s confusion and his hurt as Sir Toby rails against him at the end. The “aww” he elicited from the audience as he departed was thoroughly deserved.

In fact, the terrible trio of Sir Andrew, Sir Toby (played by John Hodgkinson) and a wonderfully Yorkshire Fabia (Sarah Twomey) was a point for most of the laughs in this play. The staging of the scene where Malvolio reads the trick letter had the audience howling with laughter, and rightly so, as the three hide behind and imitate various statues in the garden to evade notice from the stern Malvolio.

I wasn’t immediately taken with Malvolio, but I found myself entirely in the wrong after witnessing Edmonson’s wonderful performance of Malvolio’s downfall in the second act. Previous productions I have seen have always accentuated Malvolio’s strict-ness before Maria tricks him; this production does not, and the strength of Edmonson’s performance comes in his passionate speech to Olivia at the end, declaring himself wronged. This tragic moment within the comedy offered such a contrast to the delighted lavishness that I felt the whole audience stopped to take note – as it should be.

And finally: the music. We were given hints as to what to expect musically in the pre-show interview with the director, Christopher Luscombe (an added bonus of these broadcasts), but nothing could quite prepare me for the jolliness and vivacity of the music. From poignant piano pieces in Orsino’s chambers to full-on dancing musical numbers round the fire with Feste, Sir Toby, and co., I have never seen a version of Twelfth Night that is so given to breaking out in to song. And I loved it. It added to the performance in ways I hadn’t even thought the music could have – and to end with a song after the cast had taken their bows was the perfect way to end. 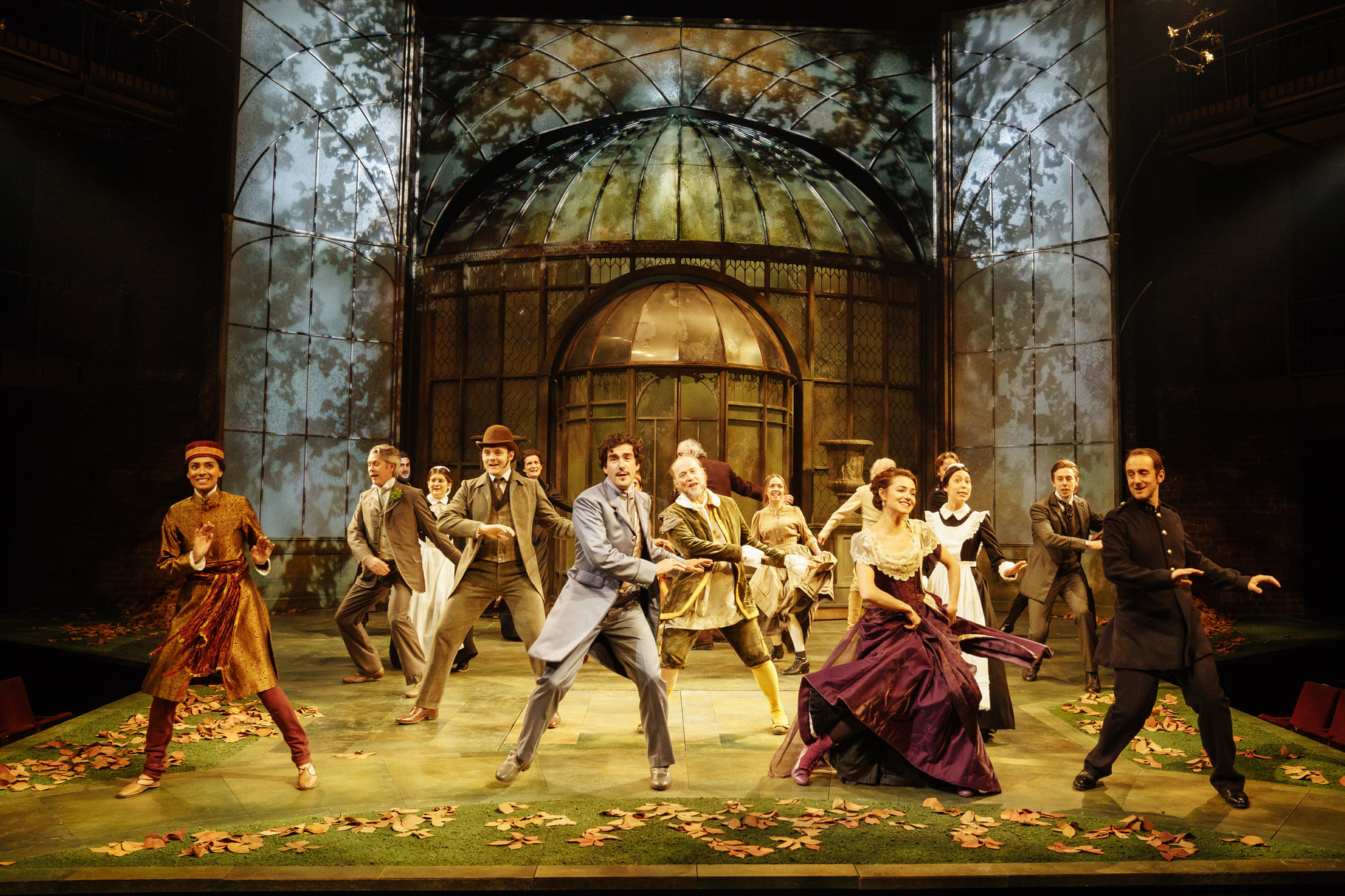 A wonderfully lavish performance that is as enjoyable as it is poignant.

All photographs courtesy of the RSC.