Last week we looked at Romeo, and how Shakespeare characterises him in the lead up to his death. This week we’re looking at the two other key moments in this scene: Juliet’s awakening and death; and the conclusion of this tragic tale.

Whenever I think of this, I think of the gasp of the audience in Shakespeare In Love, when they put Romeo and Juliet on, and Juliet wakes up, asking “where is my Romeo?”. Because he is, of course, dead. The Friar’s message didn’t reach him in time, and he has killed himself at Juliet’s side, ready to join her in death.

This is one of the things I love about Shakespeare. We know the worst has happened – but the characters don’t know it yet. It’s a particularly tortuous example of dramatic irony, and one Shakespeare deploys with great skill in a lot of his tragedies.

But the thing I find so fascinating about Juliet’s death is how decisive and quick it is.

JULIET
Go, get thee hence, for I will not away.

What’s here? a cup, closed in my true love’s hand?
Poison, I see, hath been his timeless end:
O churl! drunk all, and left no friendly drop
To help me after? I will kiss thy lips;
Haply some poison yet doth hang on them,
To make die with a restorative.

Thy lips are warm.

This is thy sheath;

there rust, and let me die.

Falls on ROMEO’s body, and dies.

Ignoring, for a moment, the Friar’s terrible behaviour, look at Juliet’s lines. Romeo has about two pages’ worth of speaking before he kills himself; Juliet has half that. Romeo kills himself with a poison, which does not physically mar him externally; Juliet stabs herself with Romeo’s dagger – hardly a ‘feminine’ way to go, if we’re assigning gender stereotypes to deaths. As argued in Women Making Shakespeare, “The parity between the lovers is intensified… by love’s effect on Romeo. If it makes Juliet bold… it correspondingly renders Romeo effeminate… love brings about a convergence between the sexes”.

Following this argument, Juliet has been made strong by love in the same way that Romeo has been made ‘weak’; reflective of gender stereotypes of the time. Romeo has been weakened by love to the point of suicide; Juliet has been fortified by it. Not only has she spent the play making their love work in a traditional sense – she suggests marriage rather than Romeo’s implied suggestion of a one-night stand – but she has spent it fighting against those societal constructs that dictate her behaviour. After all, we know no daughter would be expected to argue with their father in the way that Juliet does in Act 3 Scene 5. Her passion has given her the strength to be decisive, and to be decisive means to die and join Romeo before a worse fate – life without him – can befall her.

Just look at the stage directions: “snatches” Romeo’s dagger; “stabs herself”. The Friar was right when he said “these violent delights have violent ends”. Even the stage directions reinforce the violence of Juliet’s actions – certainly shocking to an Elizabethan audience.

And it is perhaps this reversal in death that makes the lovers such equal protagonists. There is a reason this play’s title features both, not merely one, of the pair.

The Moral Of The Story Is…

And it is at this moment, just after Juliet’s death, when the whole of Verona (it seems) arrive to learn the errors of their feuding ways. The Prince demands to know what’s happened; the Friar explains (to the tune of several pages, despite saying he will “be brief”); the Prince tells everyone they need to learn their lesson and stop feuding.

This glimpse of restored order (the final part of Shakespeare’s tragic structure we have reached here) is much needed now, at this point in the play. For to leave the audience with nothing but our heroes deaths would do us a disservice. We need closure!

And it is the Prince to close this feud once and for all: “See, what a scourge is laid upon your hate, / That heaven finds means to kill your joys with love.” 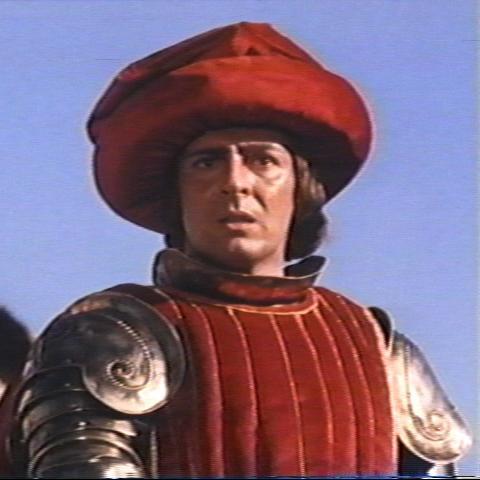 Notice the heaven reference here? Even the Prince is not done with fate and destiny in this play quite yet. The idea that Romeo and Juliet’s deaths are fated is echoed even here, at the opposite end of the play to when the two were first described as “star crossed lovers”. Heaven has decided that to address the feud, two young people must die. And then the Prince has the final famous words:

“A glooming peace this morning with it brings;
The sun, for sorrow, will not show his head:
Go hence, to have more talk of these sad things;
Some shall be pardon’d, and some punished:
For never was a story of more woe
Than this of Juliet and her Romeo.”

The final lines, the rhyming couplet, signifies the end of this tragedy; no more can come from this feud now. It must be resolved, to counter the terrible self-destructive waste that has plagued Verona.

And this resolution is all we are offered: we, the audience, must have “more talk of these sad things”; the implication being that this play’s message should live beyond the theatre walls.

I hope you have enjoyed this two-parter post on the final of Romeo and Juliet! If you don’t follow this blog already, don’t forget to follow – and catch me over on twitter – so you can be the first to find out which Shakespeare play we’ll be discovering next!

Let me know what your thoughts are about Romeo and Juliet in the comments, on twitter, or over on our facebook page.